Intrinsic nucleophiles abound among the proteinogenic amino acids, but, interestingly, reactive electrophiles are essentially absent. Therefore, the majority of chemical probes target nucleophilic sites to discover enzymes, inhibitors and drug therapies. However, by acquiring them through post-translational modifications, enzymes do indeed exploit diverse classes of protein-bound electrophiles for catalysis and other essential functions. Owing to this mode of acquisition, functional electrophiles are not generally predictable from sequence; thus, their breadth and prevalence remain to be found.

Our group is exploring this unknown to understand the functions of reactive modifications that we have found unexpectedly on drug targets implicated in cancer and Alzheimer’s disease. Such discoveries can be uncovered using the ‘reverse-polarity’ chemical probes that we develop. We expect that this largely un-profiled half of the reactive proteome – the covalent ‘electrophilome’ – will be found to rival its ‘nucleophilome’ counterpart in functional diversity and disease relevance. 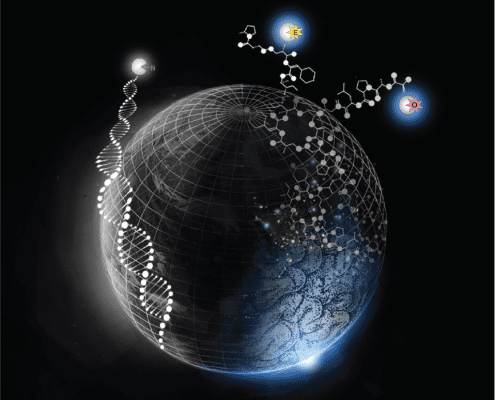 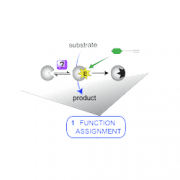 We are employing an in vitro biochemical approach to generate the electrophilic forms of SCRN proteins in both bacterial and mammalian host systems in order to identify the installation machinery, to understand the mechanisms of electrophile formation, and to characterize the activities of the electrophilic groups with respect to SCRN function. This project will be guided by our preliminary data that identifies a likely installation machinery. If, as predicted, the glyoxylyl moiety of SCRN3 is found to have a crucial role in an unpredicted catalytic activity of the protein, it would establish a shining example of the capacity of RP-ABPP to uncover entirely novel cofactors that cannot possibly be anticipated by sequence analysis and would almost certainly escape detection by untargeted proteomics. 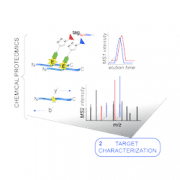 This project is to discover the reactive modifications in such functionally uncharacterized and disease-relevant proteins (e.g., KEAP1 in cancer; amyloid precursor proteins in Alzheimer’s disease). Identification of their reactive groups has the potential to illuminate structural features that confer or impact function, to identify novel catalytic machinery, and to suggest new therapeutic strategies. Once the reactive groups are uncovered, covalent targeting by the probes offers a potential strategy for therapeutic intervention, as these probes can serve not only as discovery tools but also as potent inhibitors. 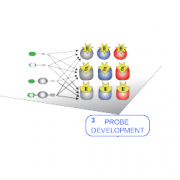 We would like to develop cofactor-selective probes. We will characterize the scope of reactivity of a-nucleophiles toward representative members of protein classes known to harbor electrophilic cofactors potentially susceptible to covalent capture. Understanding this protein chemistry through a probe-development effort is important for biochemical annotation of protein function because active enzymes, but not their inactive forms, can be selectively labeled to resolve activity from transcript or protein levels. By deploying a suite of cofactor-selective probes in cells, new members of enzyme families can be discovered through chemical discrimination of different classes, as previous work has shown for proteins with nucleophilic functionality. Results from this work will afford robust new tools for enzyme and PTM discovery and serve as preliminary data for the expansion of reverse-polarity activity-based protein profiling technologies. 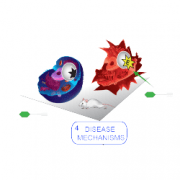 Another goal of our research is to use RP-ABPP first to discover and identify probe-reactive modifications in proteins that play roles in disease states and then to understand the cellular determinants of their installation that impact function. This effort will involve adapting the technology for in vivo studies and inhibitor screening. RP-ABPP can be used to monitor changes in cofactor fractional occupancy that might afford an unrecognized level of metabolic regulation in cells. In addition, Our unpublished preliminary data supports future in vivo and inhibitor screening applications. If the proposed applications are effective, the method could afford impactful discoveries through collaborative efforts that couple system-wide chemoproteomic profiling with sophisticated disease models.